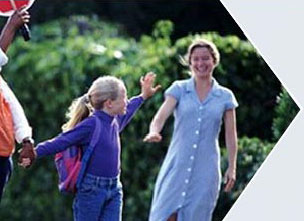 
NEBRASKA SCHOOLS AND NEIGHBORHOODS: WE ARE HERE TO HELP

SchoolsK-12.com is a site designed around the needs of a relocating family with school age children. It is a site that allows the family to search public and private Nebraska schools, but understands that choosing the right Nebraska neighborhood is equally important to a successful move. Through a network of local sponsors and experts, Schoolsk-12.com can guide a family through the process of choosing an excellent Nebraska school located in a great neighborhood taking into account such things as affordability, accessibility to work, to shopping, the traffic patterns and more.

CHOOSING THE BEST SCHOOL FOR YOUR CHILD: WHAT YOU NEED TO KNOW


It wasn't so long ago that a child's education was limited to geographical boundaries set by the local school district. Increasingly, government is injecting "choice" into the equation by allowing children to enroll in the school of their choosing, regardless of where they live, as long as there is sufficient classroom space available.